Guys, I’ve been wanting to post something like this for a long time now, but I am so nervous showing you what you’re about to read – go easy on me!

I remember waking up in the middle of the night after voting earlier that Tuesday morning. Not on purpose, just to see where the heck my husband was when it was so late. It was about 2 am. I dragged myself out of bed to see if he had fallen asleep on the couch again while playing Xbox.

When I entered the living room, I found he was on his computer, happily clicking away at another video game. I looked up at the TV. The news was streaming live. I was amazed that the whole thing was still going on so late. As I watched the results come through the screen, I suddenly felt nauseous.

I grabbed Dan’s attention to the screen, and we caught the final moments of the 2016 presidential election together. We even held hands. It was going to be a defining moment in history, regardless of who won. We could feel the tension seeping through the TV screen.

And then about a half hour later, it was final. News networks started frantically reporting that Clinton had called Trump to concede defeat. The election was over. Trump had won.

I stared blankly at the screen, completely devastated. It felt like I had just witnessed something apocalyptic happen to the entire country, like a nuclear bomb or something. Everyone I saw reporting was shellshocked. Early polls had predicted Hillary as the winner of the election. The news of her defeat came as a complete surprise. Even if it was a very close call.

Dan must have noticed how horrified I was. I couldn’t even answer him. My eyes just kind of teared up and I had slumped over in a depressed heap.

“Do you want to get Taco Bell?”

See, this is why I married my husband. He knows the way to my heart.

As we made our way to Taco Bell at 3 in the morning, we finally revealed to each other who we had voted for – I had voted for Hillary, and he had voted for Trump. It was funny how our own household had become a decent representation of the country that night, almost evenly divided.

(Let me enter here that I did not like either candidate. I just didn’t like Trump more.)

And now just over one year later, we’re still here. Not divorced, not hating each other. Happily ever after. The end. Right? If anything, our marriage has become even stronger and more open than ever before!

See, I knew from the start that Dan and I had some pretty stark differences in politics due to our own experiences and beliefs we held. We don’t disagree on every issue, and we are not one side or the other. We’re kind of in the middle of the whole political spectrum, with opposing viewpoints on topics like immigration, healthcare, etc. We choose to love each other anyway, unconditionally.

I’m actually kind of nervous putting this kind of dysfunction of ours out here for people to read, considering how polarized things have become lately. But I feel it is necessary to discuss since it seems like people just cannot seem to get along these days. I cringe every time I scroll through social media, watching debates devolve into name-calling, nasty fights that compel mutual friends and their friends to unfollow and block each other.

You may have noticed that I have been MIA for a bit here. (Sorry guys!) That’s because my evenings for the last week have been spent with my husband discussing the recent developments of the Florida school shooting that took place recently. This was something that would impact us and many other families. Do we send PJ to public school with this kind of threat present? Should we try homeschooling to keep her safe? Not to mention all of the political debates we engaged in, but I decided to take a break on the blog to discuss this with Dan. This issue was important to both of us.

(We also had a huge number of jobs come in, and I’m not about to pass on some earning opportunities!)

I don’t need to say who said what here, but we disagreed on how to handle it, discussions got emotionally and politically charged, and a few small fights ensued. (Don’t worry, we’ve kissed and made up since!) We will both always choose love for each other over silly things like politics. When stuff like this happens regularly, it’s no wonder that more than 1 in 5 American millennials reported knowing couples whose marriages and relationships have been negatively impacted since the 2016 election. More than 1 in 10 of all Americans have even ended a relationship due to political differences. 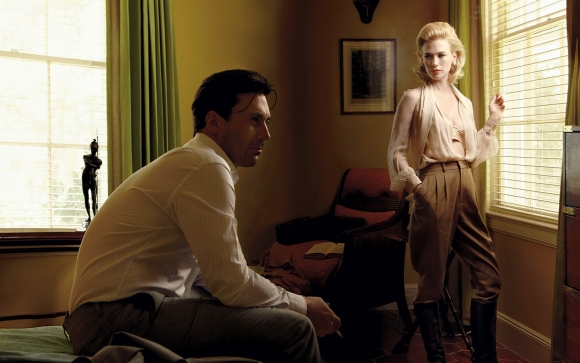 1. You don’t have to AGREE, just UNDERSTAND.

There are just some things that my husband and I will never ever ever EVER agree on. And this is okay! As long as we can understand why and where each of us is coming from, it can make it easier to forgive, accept, and move on to something else if the argument gets too heated. Simply agreeing to disagree helps bring some closure to the discussion.

For example, Dan likes to eat instant ramen straight out of the package. To me, this is gross and barbaric, even with my college survival stories. I still love him, though.

People have experiences in their own lives that cause them to have some strong emotional reactions, and these can shape our beliefs over time. It’s important to understand while it is okay to accept one’s experience and acknowledge that it is valid, it is NOT okay to use said experiences to cancel out or invalidate the another person’s experience that could have been different from our own. Don’t try to disprove the other points made or *important* change the other’s beliefs! If changing people’s minds was that easy, we wouldn’t have this kind of political divide here in the first place.

Remember, listen to understand here, not just listen to respond.

2. Remember that you’re still talking to a human being.

Sometimes, my feelings will get in the way and I will end up collapsing in a balled-up, angry-crying heap. There are issues out there that I feel affect me more than others, and are more important and relevant in my life. When my views towards those issues get challenged, it can feel like an attack against me and/or my own experiences that back up those views, like they weren’t real or believable. I also have to remember that Dan has his own views and biases too, and I should treat him with respect during one of those kinds of conversations. If either one of us starts to get heated over the topic, we take a break to collect ourselves and try again later.

Sticking to facts (not ones found on a meme) can help keep the strong emotions out of the debate, and help both of us approach the topics with a cooler head, and help keep a logical mindset. If we end up losing our cool with each other, we forgive and move on.

3. Return to common ground (or find a common enemy).

OK, things got a little heated after a politically charged argument, and now things are awkward.

How’s about a beer and some pizza? Or maybe some Taco Bell? On the night of the election, we decided to come together with some Quesaritos and face the bathroom woes down the road together.

Again, it’s okay to not agree with every single thing in the world. I will acknowledge here that it is easier to hate than to forgive sometimes. But instead of stewing over your loved one’s flawed statements, find something else to hate together! For example, Dan and I hate most country music songs. That is something we can agree on. Better yet, our mutual love for all things pizza can move mountains.

In other words, there are times where you should just not even bring up any prior discussions on gun control. Like at a funeral. That one should be obvious.

Other times, it’s not so clear. Perhaps designate dinner time to be politics-free. Don’t try to talk to them through the bathroom door, either.

Or recognize that maybe your spouse doesn’t want to talk about the Women’s March while trying to binge their favorite Netflix show before they have to go to work.

5. Keep in mind what matters most and stay curious.

If anything, I’ve learned to keep an open mind and question my own biases from time to time. Putting myself in someone else’s shoes (quite literally!) can help me understand why they feel the way they do and can be a great learning opportunity. Dan’s parents own a business and have faced their own challenges that come along with that. After putting myself on a job site with them and experiencing those challenges with them, I can better understand the possible perspectives that a business owner could have.

I also like to think that being able to amicably disagree with my own husband also sets a good example for our daughter. She will be influenced by how we react to each other with tough questions and situations, but we do our best to not impose any of our own views on her. We want her to challenge herself and think critically on her own as she gets older. 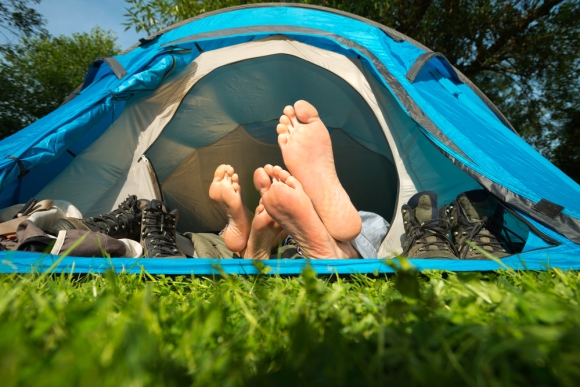 6. Take care of yourself.

Politics are only one thing in life that can be unpleasant to deal with. If it gets to be too much, I strongly recommend turning off the computer or putting down the phone and then go do something fun for a while. Being around so much negative and depressing news 24/7 tends to suck the life right out of us.

Dan and I have both agreed that we’ve had a bit too much to handle lately, and to fix that, we’re planning a mini-vacation in the near future where we can go camping and not have to interact with people for a few days. There’s absolutely no shame in retreating away from everything once in a while to recharge your own batteries.

We know we won’t be around forever, anyway. We’ve got to enjoy life as much as we can before we can’t anymore!