So! I completely forgot to give an update about our house that we picked up to rehab. I wanted to drop some before and after photos before we handed the keys over to the lucky family who now calls the place home! This place came a long way from what it once was.

See if you can guess what photos are the before and after! 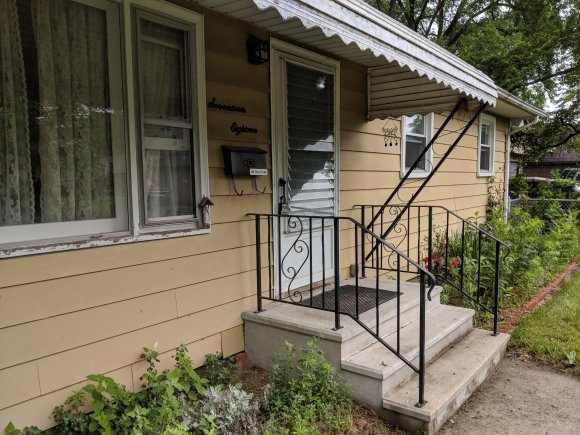 Since we were already on a shoestring budget for the project, we weren’t able to bring all of the ideas we had for the place to life, but it sure did turn out nice anyways! We think some of the imperfections that it still had at the end kept with the home’s unique character. 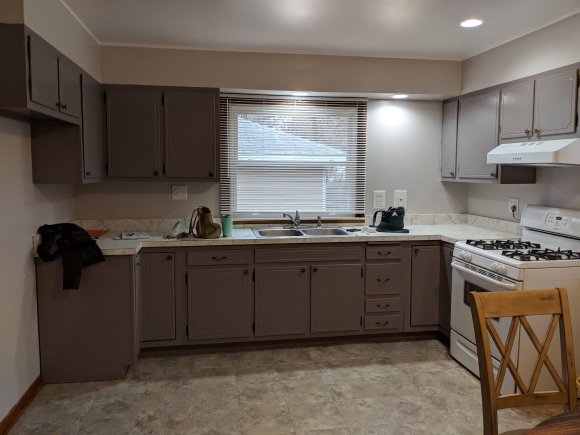 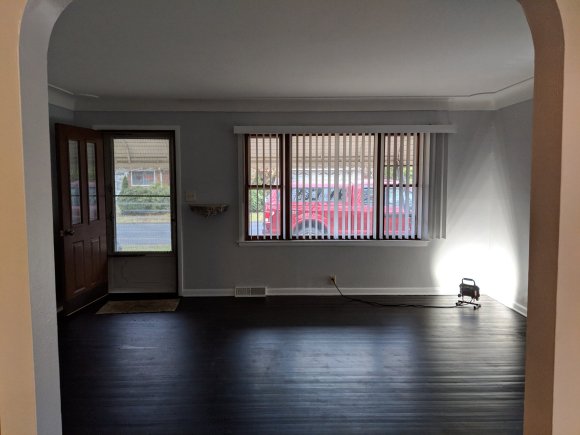 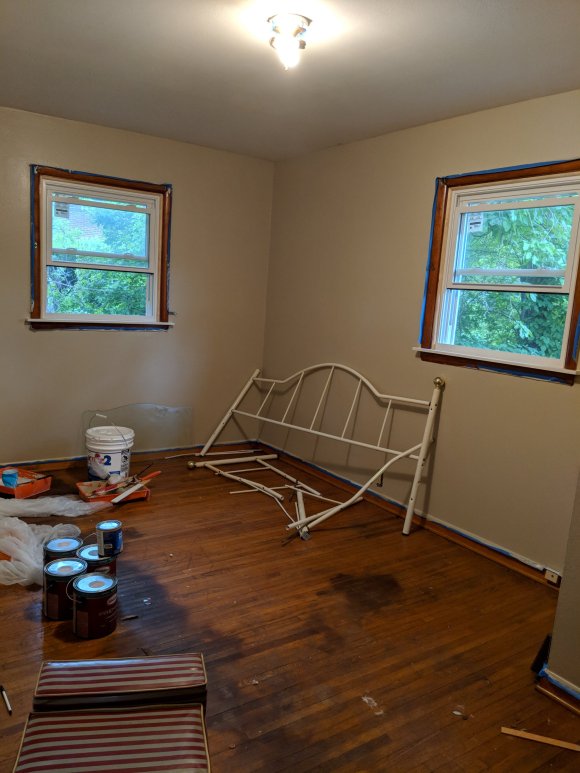 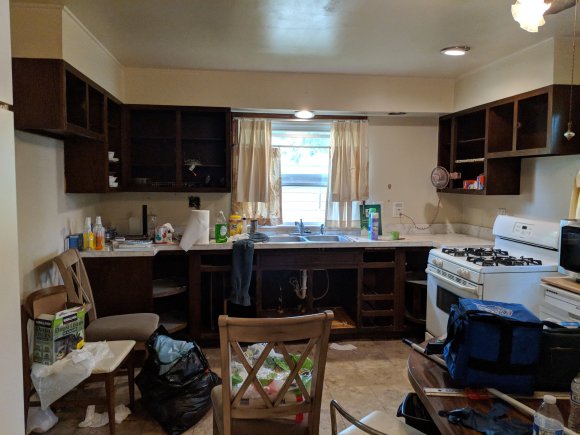 It is truly amazing what a fresh coat of paint and a little elbow grease can accomplish! We hope this home serves its new family well! Now we wait for our next project…

You might have noticed that I’ve been MIA from the blog for a number of weeks.

Yes, I’ve had to put writing off to the side for a bit – bills had to be paid, which required a change of jobs, and a major rearranging of schedules for everyone. PJ did not like the adjustment as much as we did, and my energy has been spent either working, cleaning, or trying to help the little one cope with the time changes and to not immediately collapse into bed once she was down for the night. Yeah, I’m a slacker.

But all that will be for another post later. It’s time to share what we’ve been working on for the past few months among the chaos of life.

We bought another house. This is a pretty big deal.

A while back, my husband and I became business partners with his parents, and we began to take on homes in the area that needed love and attention. When I try to tell people in conversation that I help rehab homes, they think that I’m absolutely crazy. Yup. Especially that I’m doing this in Toledo, Ohio – the quirky city where the crazy people apparently come from. Well, I like to think that we’re kind of like the local version of Chip and Joanna Gaines, except we’re on the edges of vast cornfields in a weird little corner of the Buckeye State, we have to work in snow and ice sometimes, and we may swear a little bit from time to time.

This home had definitely seen better days. The owner was long gone, but I could still feel the memories and energy this place used to have. Photos, letters, furniture, and clothing  scattered around in different rooms, in different boxes and bags. It seemed like a nice Polish Catholic family had once made this place home, with crosses adorning nearly every entryway. Prayer cards for loved ones were tucked away in books, dressers, and also in a small bible, completely in Polish. As we went through the house to see what could be salvaged and what had to be tossed, I was reminded of the home that I grew up in not too long ago.

I grew up watching my mom deal with the aftermath of the 2007-2008 mortgage crisis. My sister and I didn’t exactly grow up with silver spoons in our mouths during that time. We got by, but money was more than tight. It got bad enough for us to start receiving food stamps and other government assistance. Whether the bills got paid or not, we attempted to stay positive and made the most of things. My mom wanted us to stay in the same school district until we both graduated high school, and sacrificed a lot for us to accomplish that.

When we left our home of 20-plus years for the final time, it looked a lot like this one.

Now I am the one who has the opportunity to walk into these houses, to pick up the pieces and breathe new life into it, hoping to fill it with another family who will love it dearly and cherish it just as the ones before them. I find it kind of ironic that I get to do this sort of thing after experiencing what it was like to be on the other end of the deal. It’s also oddly satisfying, I’ll admit. Being able to take back these homes and give them back to the community is empowering. Definitely, this is some kind of karma coming back around here.

This home is about to be wrapped up and ready to go, but there are still some final touches needed, including reinstalling the kitchen cabinet doors and hardware, paint, and patching up the exterior. I’m so excited to see the finished product come through.

Now, there seems to be two schools of thought about painting kitchen cabinets: those who think it’s an absolutely terrible and horrendous thing to do to your precious cabinets, and those who don’t want to spend thousands of dollars on new cabinetry. (I was in the second group.) I was a bit worried about how they would turn out at first, as I was literally grabbing color ideas from Pinterest and collecting my favorites on a board for this project. We prepped them first by sanding them, priming them with Glidden Gripper Primer and Sealer, and then finishing them off with a coat of semi-gloss paint. We chose semi-gloss because it would be easier to clean from potential spaghetti night disasters, and it wouldn’t blind anyone with too much shine while trying to cook.

Afterwards, we moved on to prep the remainder of the kitchen for paint, including taping off the windows, baseboards, ceiling, and removing the electrical outlet covers. I originally wanted to finish the kitchen with a lovely off-white subway tile backsplash, but time and budget constraints killed that idea. Maybe one day I will be able to install this cherished and sought after look in another kitchen…

While I was waiting on my father-in-law to make some plumbing repairs, I went ahead to work on the yard and landscaping to try to clean up the curb appeal of the home. An important thing to note here: I am still learning on how to do certain things. I am a DIY, grab a task and run with it kind of person.

I literally Googled how to mulch for certain plants, how to edge sidewalks, how to not kill the existing plants after weeding and trimming the beds out, etc. Did you know that there are different types and colors of mulch for plants that attract monarch butterflies? My search history is going to look a little weird for a while.

After I was done mulching, I had realized I forgot to do something crucial to prevent future weeds from popping up – and that was to apply landscape fabric before the mulch to keep the sunlight from germinating pesky weed babies. D’oh.

I will get around to fixing that issue once the weather decides to cooperate and stop being so freaking hot and humid. I seriously cannot wait for fall weather.

I don’t want to make this post freakishly long with all that we did, so I’ll post a part two sometime in the near future, once we finish up the remainder of the project and I get the chance to resize and upload all of the photos I’ve taken to document our progress. I’ve got more things to talk about now after taking a break from the blog, so thanks for sticking around! There will be more to come very soon.